It’s hard to believe but the 10-year anniversary of Katrina is this weekend.  It’s the worst natural disaster in U.S. history.  I can’t add to what will be written about the personal and corporate loss the New Orleans area experienced.  It was devastating.  But…I do remember being drawn to New Orleans and just being a small part of an army of volunteers that flocked to New Orleans in the aftermath of Katrina.  The anniversary brings back some mission memories.

It September of 2005, a group of us from Fruitland Community Church went down with the Missouri Baptist Convention disaster relief unit and we prepared thousands of meals.  It was one of the hardest, most rewarding trips I’ve ever been on.  Here’s part of our group. 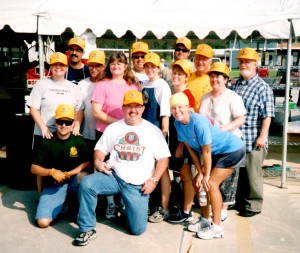 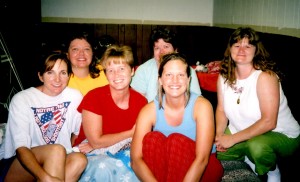 And a couple of guys working with chicken: 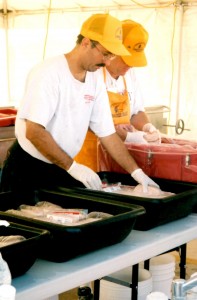 Southern Baptists were there feeding people alongside Red Cross and other groups.

In 2006 Fruitland Community Church entered into a special partnership with FBC, Chalmette.  The partnership consisted of praying for the church, sending meager re-building offerings, and sending volunteers.  In March of 2007, we sent a team to being rebuilding the parsonage.  Here is the team from our church, plus a few locals, plus Pastor John and Genny Jefferies

Rick was the brains behind the operation and we brought our own cooks: 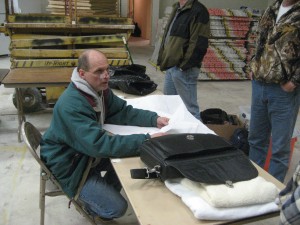 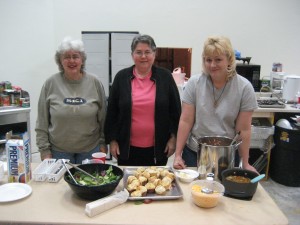 And had some hardworking young people and volunteers! 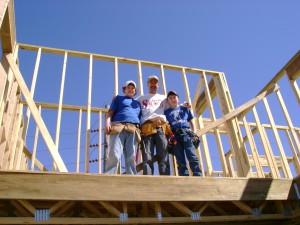 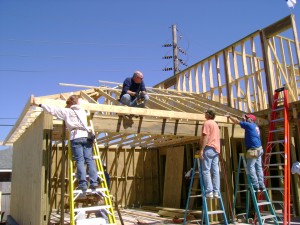 In March of 2007 we sent another team to work on the building of FBC, Chalmette.  Here are some pictures from that trip: 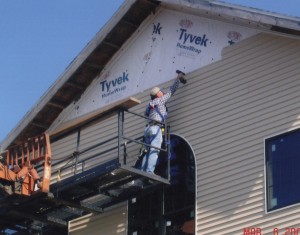 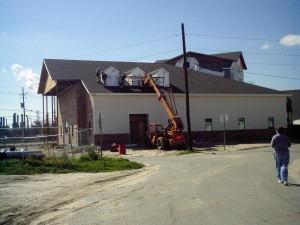 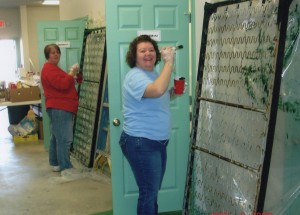 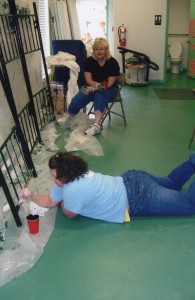 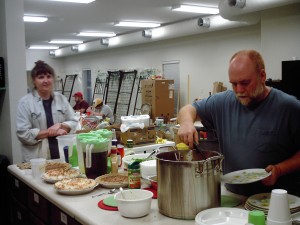 In 2009, several from our Cape Girardeau Baptist Association went with our church and we worked primarily on the inside of FBC, Chalmette.  Here is a link to several pictures from that 2009 trip:

What memories.  Isn’t it amazing how a disaster brings people together for the cause of Christ?  Isn’t amazing that some of our deepest partnerships come from rebuilding out of the rubble for His glory?

The heroes of Katrina are folks like Pastor John Jeffries who stayed in St. Bernard Parish, pastoring in and through diaster, leading the church to rebuild and be light in a dark place.  Here’s a great 7 minute local TV news coverage on 10-years after Katrina.  Pastor Jeffries is featured!  Please take a look! 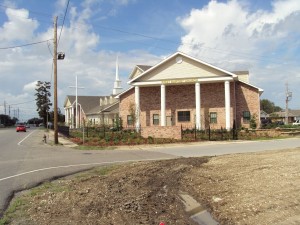 Let’s continue to work together for the cause of Christ and may He get the glory!